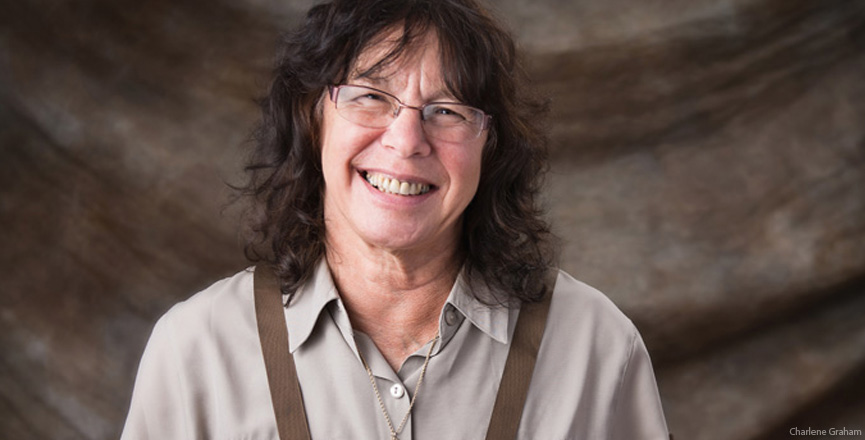 Cissy van Loon, O.C.D.S., has been married for 35 years and has six children, 12 grandchildren, and four great-grandchildren. In her nearly 70 years she has been a nurse, a case manager, a firefighter, and a school bus driver. With such a full and varied life, it’s a bit of a surprise to discover the Plymouth resident has also taken vows as a Secular Discalced Carmelite. (Discalced means “shoeless,” a nod to the Carmelite reformers who wore sandals instead of shoes and stockings, thus setting them apart from the original order.)

“I always had a special love for Jesus,” says Cissy, handing her great-grandson a toy car while explaining her faith journey.

Cissy made her final promise to become a Secular Carmelite last year after a two-year discernment process of learning the requirements of a secular consecrated religious life. The order offers Catholics – men or women, old or young, married or single – the opportunity to follow more closely the lives of the Carmelite saints and submit to a deeper spiritual relationship with God. Cissy, who wears the brown scapular of Our Lady of Mount Carmel at her prayer meetings in Concord (with roughly 20 other Secular Carmelites), tries to make it to daily Mass, Adoration, and follow the order’s contemplative, detached nature. “I love it,” she says. “It’s an internally quiet way of life. You don’t want for anything. You don’t need for anything. All you need is Jesus. This is just for me.”

The call to become a Secular Carmelite didn’t come easily to Cissy. Though raised in the Catholic faith, she forged the typical lay path through school and boyfriends, marriage and children. When her father died, Cissy realized that something in her was spiritually missing, so in early 2002 she decided to explore the idea of entering the Secular Carmelite order. “God hit me over the head and I decided to take it seriously,” she smiles. “Before that, he wasn’t the most important part of my life. He was on the back burner. Now, he’s first.”

Cissy is one of an increasing number of Catholics who want to delve into a more rigorous religious life but integrate it with their daily responsibilities and relationships. She says her Secular Carmelite group in Concord is constantly expanding, proving an attractive and peaceful vocation, but not one without its challenges. “I like to garden, watch birds, and take care of the children. Being a Secular Carmelite is not an easy thing, because you’re trying to balance,” she says. “But you offer your day to God and it’s his. It may be a little lumpy, but it’ll turn out all right.”

Secular Carmelites in particular are asked to eschew worldly goods, live according to vows of chastity (which means that they will remain celibate for the rest of their lives) and poverty of spirit, and meditate on and have an intimacy with God. Cissy spends at least 30 minutes in solitary prayer each day. She often uses her prayer time to read and think about the lives of saints like Saint Teresa of Avila, a Spanish mystic and Carmelite reformer who is considered a founder of the Discalced Carmelites. “We pray in the morning and night, the Liturgy of the Hours,” says Cissy. “We also have a strong devotion to Mary. What better way to spend your life than to model Mary who was there at the beginning and end of Jesus's life? She is a great role model for all of us.”

“Jesus asks a lot of us,” says Cissy, who belongs to Holy Trinity Parish in Plymouth where she is a Eucharistic Minister and altar server. She encourages anyone to learn more about secular institutes. “It isn’t easy. We all get mud in our eyes. But you have to keep your vision clear.”

To find out more about the Secular Carmelites, contact: