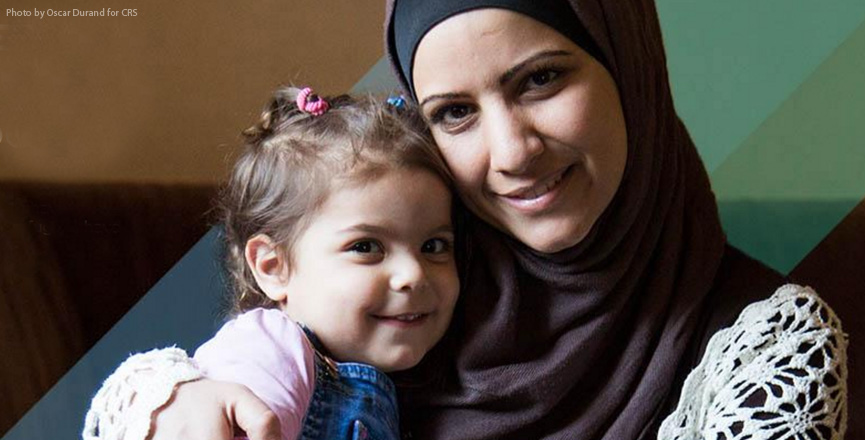 Since the November 2015 terrorist attacks in Paris, many elected officials and candidates for political office have called for the United States to deny entry to those seeking refuge from religious persecution and brutal violence in Syria. Many of these elected officials and candidates express concern about the screening process used to vet refugees for resettlement. However, before refugees are admitted within our borders, the United States has, for years, conducted a rigorous screening process that includes multiple interviews and multiple security checks over the course of 18-24 months. Denying entry to Syrian refugees could drastically impact the lives of innocent men, women, and children, who are seeking safety from the terrible genocide in their homeland.

This is not an either/or situation. The United States can continue to welcome refugees while continuing to ensure our security. We must do both. As Pope Francis stated on his visit to the United States in September 2015:

Our world is facing a refugee crisis of a magnitude not seen since the Second World War. This presents us with great challenges and many hard decisions. On this continent, too, thousands of persons are led to travel north in search of a better life for themselves and for their loved ones, in search of greater opportunities. Is this not what we want for our own children? We must not be taken aback by their numbers, but rather view them as persons, seeing their faces and listening to their stories, trying to respond as best we can to their situation, to respond in a way which is always humane, just and fraternal. We need to avoid a common temptation nowadays: to discard whatever proves troublesome. Let us remember the Golden Rule: “Do unto others as you would have them do unto you” (Mt 7:12) (Pope Francis, Speech to US Congress, 9/24/15).

The United States government handpicks the refugees who resettle here, and refugees are the most thoroughly vetted people to come to the United States.
All refugees resettled in the United States undergo rigorous security screenings by the Department of Homeland Security, FBI, Department of Defense, and multiple intelligence agencies, including biometric checks, forensic testing, medical screenings, and in-person interviews.
It is the responsibility of Catholic Christians and all people of good will to welcome those who travel here fleeing persecution in other countries, including refugees seeking asylum from Syria.
Catholic Charities New Hampshire is not involved in bringing Syrian refugees to the United States, but provides assistance to new arrivals including immigration counseling and legal representation.

Prayer for Peace in Syria

General Intercessions for Peace in the Middle East

Understanding the Crisis in the Middle East

Resources from USCCB for "Understanding Church Teaching on Migrants, Refugees, and Travelers"

Justice for Immigrants – an initiative of the USCCB